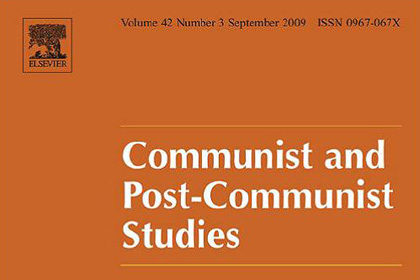 In January 2012, in several cities of Romania, people turned out to streets to protest. The protests were linked to the wave of movements such as the Indignados or Occupy Wall Street. The students were especially visible among protesters. In this paper, we show that the profile of protests in Romania witnessed a significant shift from workers strikes for higher wages and better jobs, during communism and in the 1990ies, to social movements in which young urban educated citizens mobilize with the help of social networks for issues that are linked to the quality of democracy and life. Furthermore, the shift in protesting is associated, at the individual level, with distrust of the political system, which stimulates engaging in demonstrations. Interestingly, online activism accelerates the feeling of shared distrust of institutions, motivating youth to engage in protest participation, although the effects might be moderate and the causal arrow somewhat uncertain. The hypotheses are tested with data from a general survey on participation in 2012 and a student survey from October 2012. We find that gender, distrust in institutions and family income influence protest behavior. Time spent online has a negative effect on protest engagement and online activism is related to protest behavior.