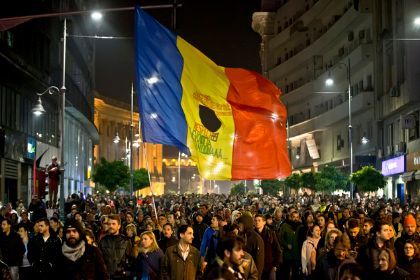 Transitology fared quite poorly as a research agenda in political science. After spewing an impressive published output in the 1990s and early 2000s, its academic profile dimmed considerably. The de-democratization trends highlighted recently by the populist right in a few textbook cases of democratic success may trigger a rebirth of the discipline. But, like zombies, the fundamentals of almost-dead academic trends must be placed under careful watch.

One such fundamental is Juan J. Linz and Alfred Stepan’s classic book Problems of Democratic Transition and Consolidation.[1] One of its main findings is that Spain and Romania occupy the opposite extremes of the transition spectrum, with the former as a “paradigmatic” success and the latter as a basket case of third-wave democratization. In a recent article,[2] we argue that this outlook, which shaped the golden age of transition studies, requires updating in light of new historical evidence and its original inattention to macroeconomic dynamics during periods of regime change.

In particular, the Linz/Stepan framework downplays the importance of exogenous economic shocks and the politics of social cohesion in facilitating transitions to democracy. Faced with such shocks and given their contestable political legitimacy, post-authoritarian elites will be cautious to adopt neoliberal reforms without compensating the losers of liberalization. A comparative study of Spain and Romania today also highlights the limits of Linz and Stepan’s analytical approach, which emphasizes short-term democratization at the expense of long-term democratic consolidation.

In spite of significant differences in the structure and breakdown—or, in the Spanish case, dismantlement – of their respective authoritarian systems, Spain and Romania’s transitions to democracy share important similarities. Both were guided by remnants of the old regime. Insiders directed the democratization processes in their initial and ultimately most meaningful stages, and the opposition in both countries won elections seven years after the beginning of the process. This dynamic produced critical repercussions, lasting beyond the stage of democratic consolidation.

Spain and Romania’s transitions also exemplify the importance of economic developments both before and during democratization processes. The overlooked contribution of the 1970s oil shocks and the subsequent debt crisis to the termination of authoritarian rule calls for an increased focus on the role of economic crises as catalysts of political change. Access to sovereign bond markets and the absence of international policy conditionality, coupled with the existence of an assertive labor movement, meant that Spanish governments could use social compensation as a strategy of political democratization in times of economic stress. Their Romanian counterparts, on the other hand, faced greater constraints. The importance of these international political economy developments also suggests that, in spite of Linz and Stepan’s stress on the importance of individual agency during transitions to democracy, world-systemic dynamics are critical throughout such processes.

Transition and its Discontents

Spain’s transición began following the death of dictator Francisco Franco on November 20, 1975. The 1973 oil shock, however, was instrumental in determining the dynamics of the democratization process. Spain, at the time ranked as the OECD’s most oil-dependent economy, responded to the price spike through economic policies that transferred the costs to the population. This decision strengthened anti-regime mobilization, which was led by the labor movement. (While the transition is remembered as a consensus-based process in most official accounts, it was far from peaceful: in addition to recurring clashes between police and striking workers, wave after wave of assassinations tore through the fabric of Spanish social life, with more than 600 Spaniards murdered for political reasons between 1975 and 1986.)

Against this backdrop, and with an eye on the collapse of Caetano’s regime in Portugal, the pivotal elites of the old regime—King Juan Carlos and Prime Minister Adolfo Suárez—acted out of “fear of a vacuum of authority, of a sudden transfer to the then quite radical opposition forces.”[3] While Suárez’s skillful outmaneuvering of the left allowed him to win the 1977 elections and hold power until early 1981, the labor movement, with strong links to the socialist and communist parties, remained positioned to extract leverage and project a political voice.

As a result, the 1977 Moncloa pacts, brokered by Suárez and committing all political parties to the liberalization process, included a mix of liberal and heterodox economic policies: trade and financial liberalization, an orthodox stabilization plan, and wage restraint on one hand; tax increases and greater welfare expenditures on the other. Throughout this period Suárez cultivated labor at the expense of capital. Spain’s leading business confederation learned about the content of the Moncloa agreements only hours before they were released, and qualified them as “unreal and unjust.” After the Socialists came to power in 1982, their orthodox fiscal and monetary policies and activist sectoral policies, aimed to make Spanish capital a global player, were accompanied by an unprecedented expansion of safety nets and public services. This patchwork of social protections consolidated wide popular support for the post-Franco democratic regime.

Compared to the severity of Romania’s debt crisis and draconian austerity of the 1980s, followed by international policy conditionality in the early 1990s, Spain’s transition governments maintained a considerable degree of autonomy. This gave Spanish authorities more political options. Romania’s tranzitie, in contrast, took place under international economic conditionality and lack of access to the international bond market. This gave the ruling elites much less room to enact the kind of social consensus measures that anchored Spanish democracy in strong redistributive arrangements. Moreover, while in Spain the welfare state was consolidated over time, in Romania it experienced increasing retrenchment and marketization via both de jure and de facto means. The result was less social cohesion and lower levels of support for democracy.

According to Linz and Stepan, Spain had ideal conditions on most variables relevant to the transition process: a “civilianized-authoritarian regime”, relatively strong opposition parties and a civil society that by the 1960s closely resembled Western Europe’s. Following a “paradigmatic” transition, the Spanish model effectively became the poster-child for third-wave democratization. Post-Sultanist Romania, on the other hand, seemed poised to slip into ethnic warfare and fail to democratize. Over time, however, the once-dramatic difference in the quality of Spain and Romania’s democracies has faded quite a lot. We suspect that the management of the post-2008 economic crisis in Spain contributed to this effect, as did the resilience of Romania’s low-grade democracy in the face of its neighbor’s succumbing to outright de-democractization.

Since the outbreak of the 2008 financial crisis, however, widespread political corruption scandals, coupled with catastrophic levels of unemployment, austerity policies, and restrictive gagging laws have led many to reconsider the supposedly ideal nature of Spanish democracy. Fundamental institutions—courts, political parties, parliament, and even the monarchy—have witnessed record-low approval ratings. Since its creation in early 2014, Podemos, an anti-austerity, anti-establishment party, has soared in the polls, and is currently poised to claim the second place—ahead of the socialist party—in the June 26 elections, effectively ending more than three decades of bipartisan rule. However, unlike in Eastern Europe, where the backlash against economic dislocations has come in the form of the populist right, Podemos makes claims to an entirely different legacy that aims to deepen democracy, rather than restrict it. It is this progressive socio-economic legacy of the Spanish transition that perhaps makes Spain (and Portugal) an exception from the wave of anti-democratic backlash that characterizes politics in many EU member states.

Things do not look brighter in Romania. Citizens tend to have more confidence in repressive state institutions—anticorruption prosecutors, the military—than in democratically elected bodies. Key democratic institutions such as the ombudsman were temporarily under threat in 2012 and governing by emergency decrees is excessively frequent. Intelligence services play an important role in politics and, for all the achievements of the anti-corruption campaign, patronage networks wreak havoc with the procedures of the democratic process. Protest policing has certainly been harsh at times—but not as much as in Spain, and no gagging laws have been adopted. Public officials’ vulnerability to both successful prosecution and public protests is considerably higher than in Spain, with some fearing (legitimately) that the political costs of these developments have to be taken into account. Measured against popular arguments made by transitiologists in the early 1990s, Romania has fared relatively well. It is also worth noting that, prophecies on ethnic warfare notwithstanding, Romania today faces less territorial and statehood challenges than does Spain. When one looks at Eastern Europe, it is, in Hungary and Poland—once the poster children of Spanish-style, pacted transitions—where liberal democracy appears to be most threatened.

Such patterns of divergence and convergence beg for further research, but we doubt that unreformed “classical” transitology is a good guide along the way. Certainly a rejuvenated study of democratic transition and resilience cannot and should not be reduced to a political economy discussion. As demonstrated by the rise of the far right in Poland, the European country least affected by the economic crisis, domestic institutions, ideological struggles and history still matter a great deal. More awkwardly even, Romania is one of the few EU member states where the far right is not in the Parliament, while the debate over immigration brings extremist political forces even to Scandinavian parliaments. Nevertheless, the myopia of original transitology to external economic constraints and domestic politics of distribution should be taken into account by those of us trying to understand the conditions under which de-democratization occurs in new and old European democracies.