Autonomy Arrangements around the World: A Collection of Well and Lesser Known Cases 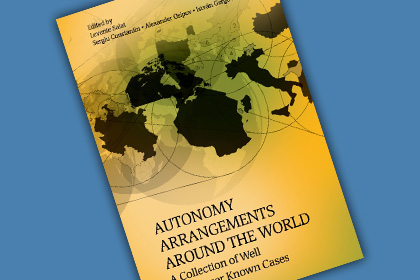 The 16 case studies collected in this book discuss both territorial and non-territorial autonomies, as well as arrangements that may fall short of being fully-fledged autonomies, yet clearly reflect aim for power-sharing in diverse societies or for the empowerment of ethnoculturally distinctive groups. Some of the covered cases are relatively well-known (e.g. South Tyrol or the Hungarian system of minority self-governments), while others may seem more exotic at first sight (e.g. Nicaragua's coastal autonomies, Zanzibar, or the case of the Acadians in Canada). The volume also contains a more theoretical concluding chapter, which aims to identify the contextual and structural elements which bring about a wide variety of autonomy arrangements in different parts of the world and influence their outcomes, and hopefully may also provide useful hints for the design of potential future arrangements.