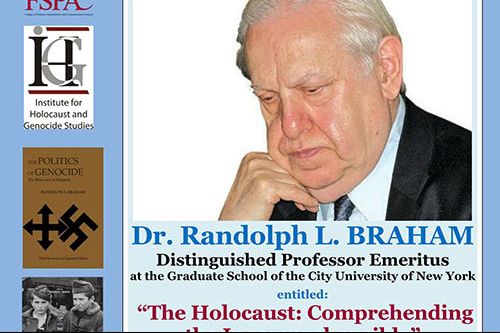 The Institute for Holocaust and Genocide Studies of the College of Political, Administrative and Communication Sciences (FSPAC) of the Babeș‒Bolyai University of Cluj kindly invites you on October 6, 2017, at 2 p. m. in the T1-T2 auditorium of the FSPAC-2 Building (85, Minerilor Street) to attend the public lecture of Dr. Randolph L. BRAHAM, Distinguished Professor Emeritus at the Graduate School and University Center of the City University of New York entitled: “The Holocaust: Comprehending the Incomprehensible”, delivered in the context of the National Holocaust Remembrance Day (October 9) and followed by a Q&A session.

The event is organized in cooperation with the Center for the Study of Democracy (FSPAC) and will be moderated by FSPAC Associate Professor Dr. Zoltán TIBORI SZABÓ. 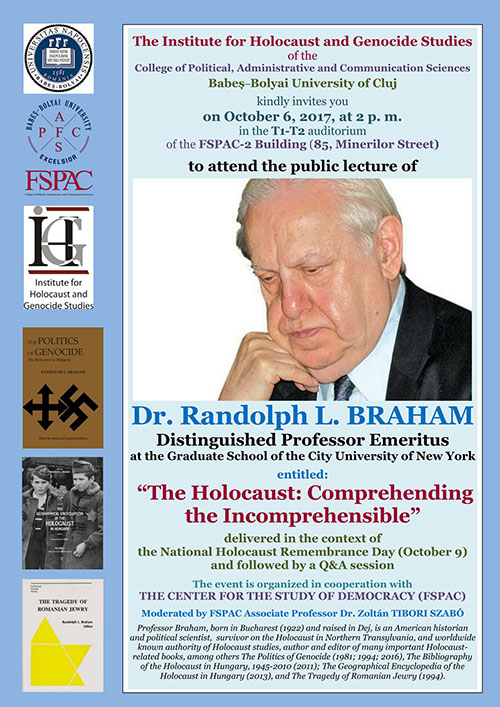